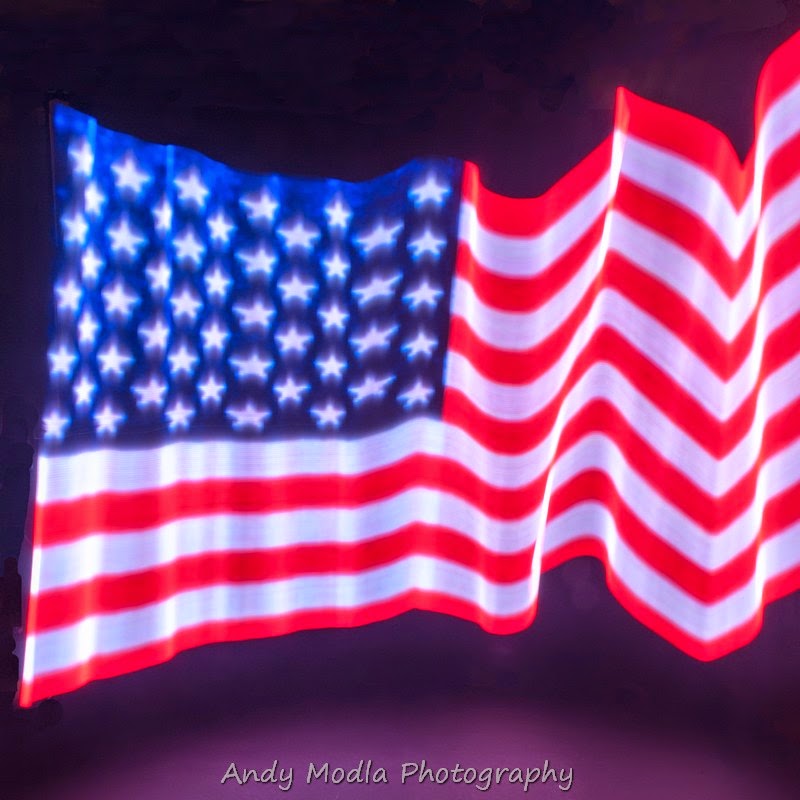 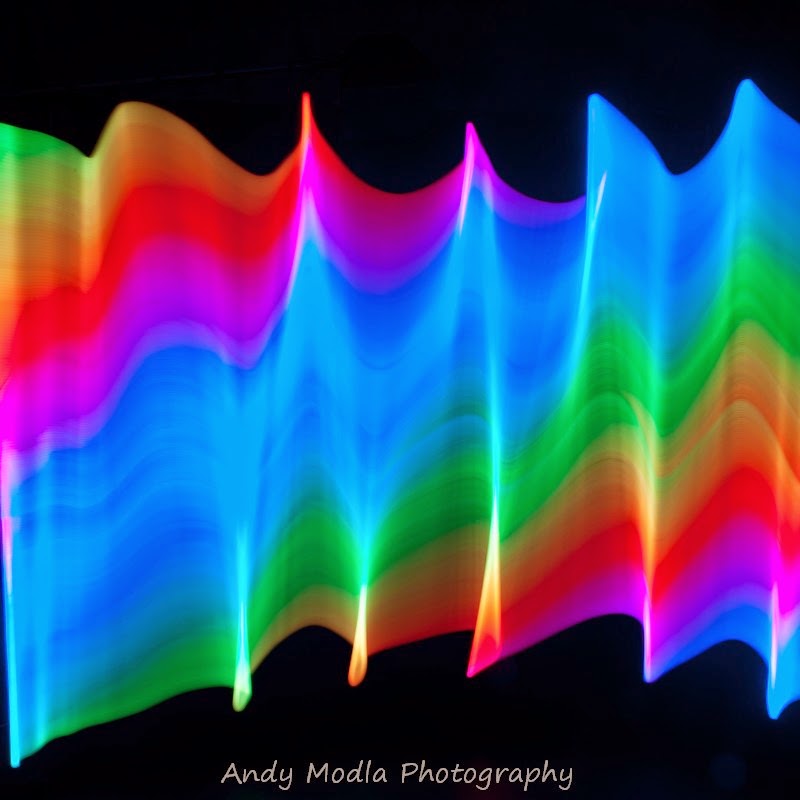 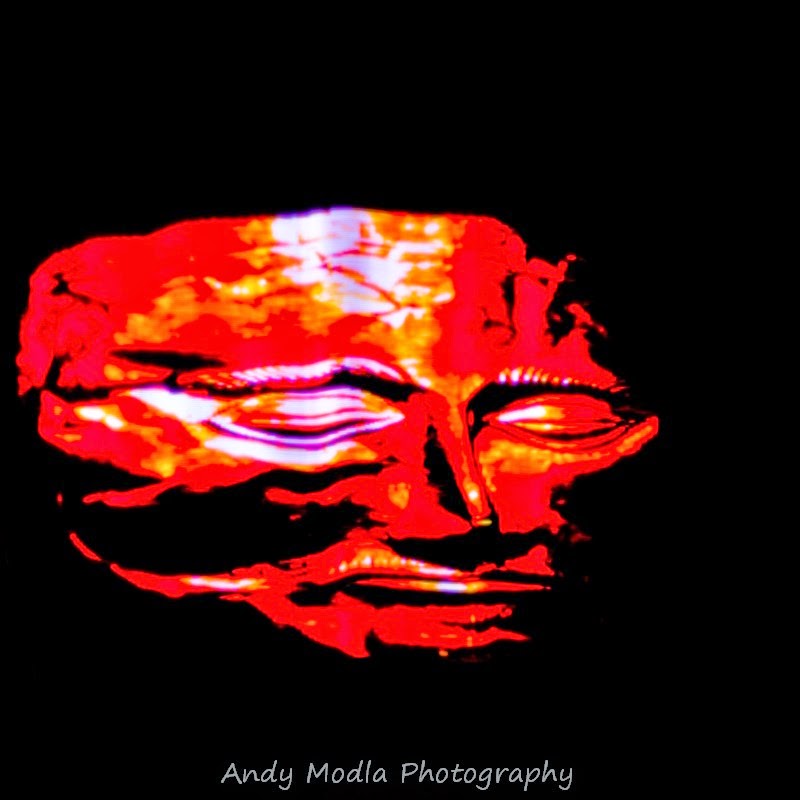 The second version is longer than the first stick at 64 inches vs. 48 inches, and has more LEDs: 230 vs. 64. Unlike the first version, it uses a 1 MByte SPI Flash memory chip to store images instead of a Flash memory card. The computer board, an Adafruit Flora (Arduino based), sends image data to Adafruit Neopixel Digital RGB LED strips (144 LEDs per meter). The Flora SPI bus reads images from an external Flash memory chip that was previously programmed over Flora's USB port from a PC.

The LED strip is mounted in a 3/4 inch aluminum channel. A diffusion sheet covers the strip.

The handle is a re-purposed car wash sponge holder. The USB cable is not connected for normal use.


I used Java like Processing language and library code to process for gamma correction/orientation and download images to the Flora for storage or display. Five images fit in the 1 MB Flash memory. One future project is to use an Android phone or tablet to paint images real-time over the USB port. The Flora code can display an image directly from the USB port instead of Flash memory. 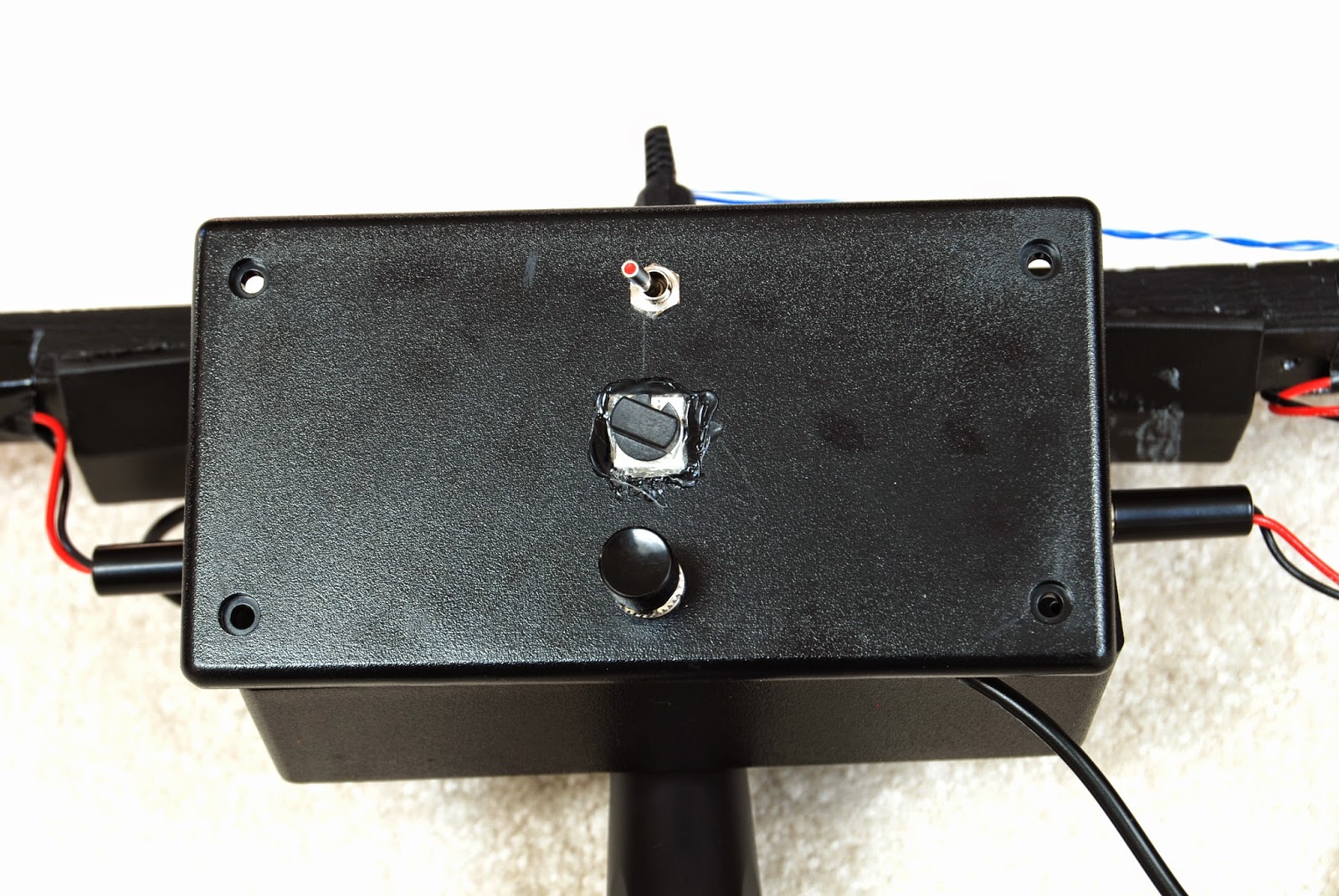 This is top view of the control box with power switch, center knob switch for selecting images or patterns to display, and start/stop switch. Power to the LEDs come out the sides of the box and the top plug is the control line to the Neopixel strip. 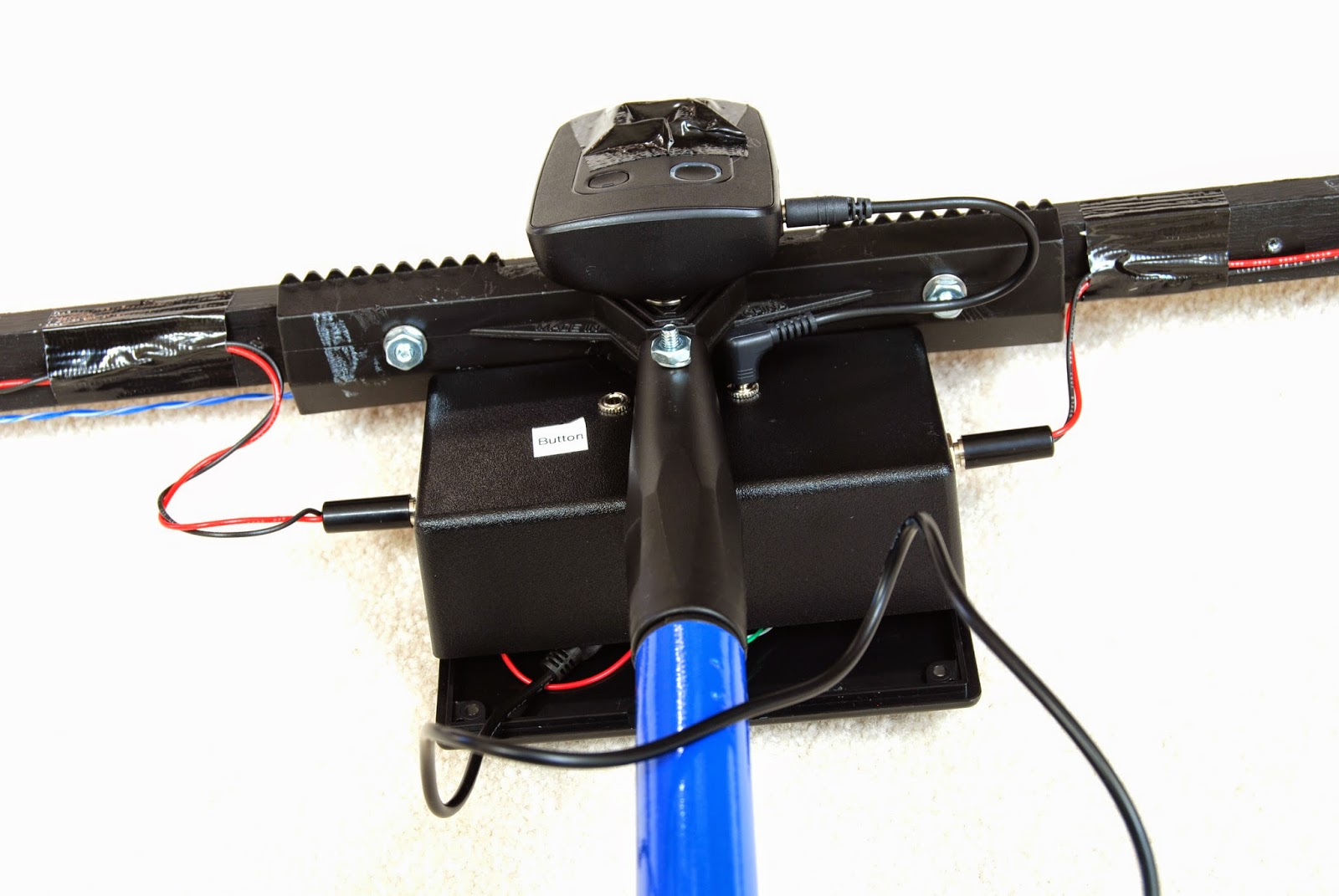 At the top a Cactus V5 wireless transceiver trigger starts the LED image paint from Flora and closes the shutter on my tripod mounted camera, before I begin to move the stick for painting. 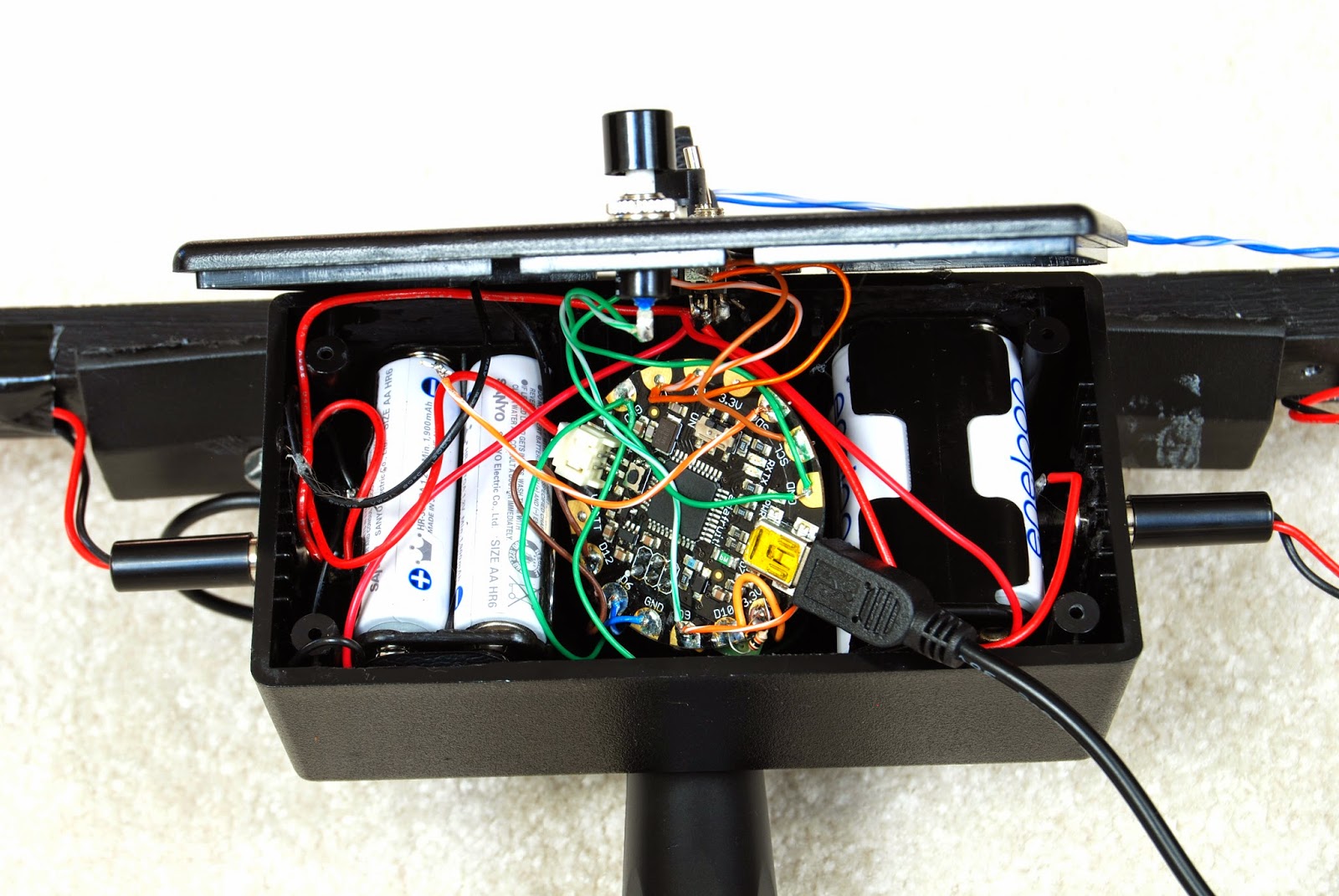 Internal view of  case with Flora in center and batteries left and right. 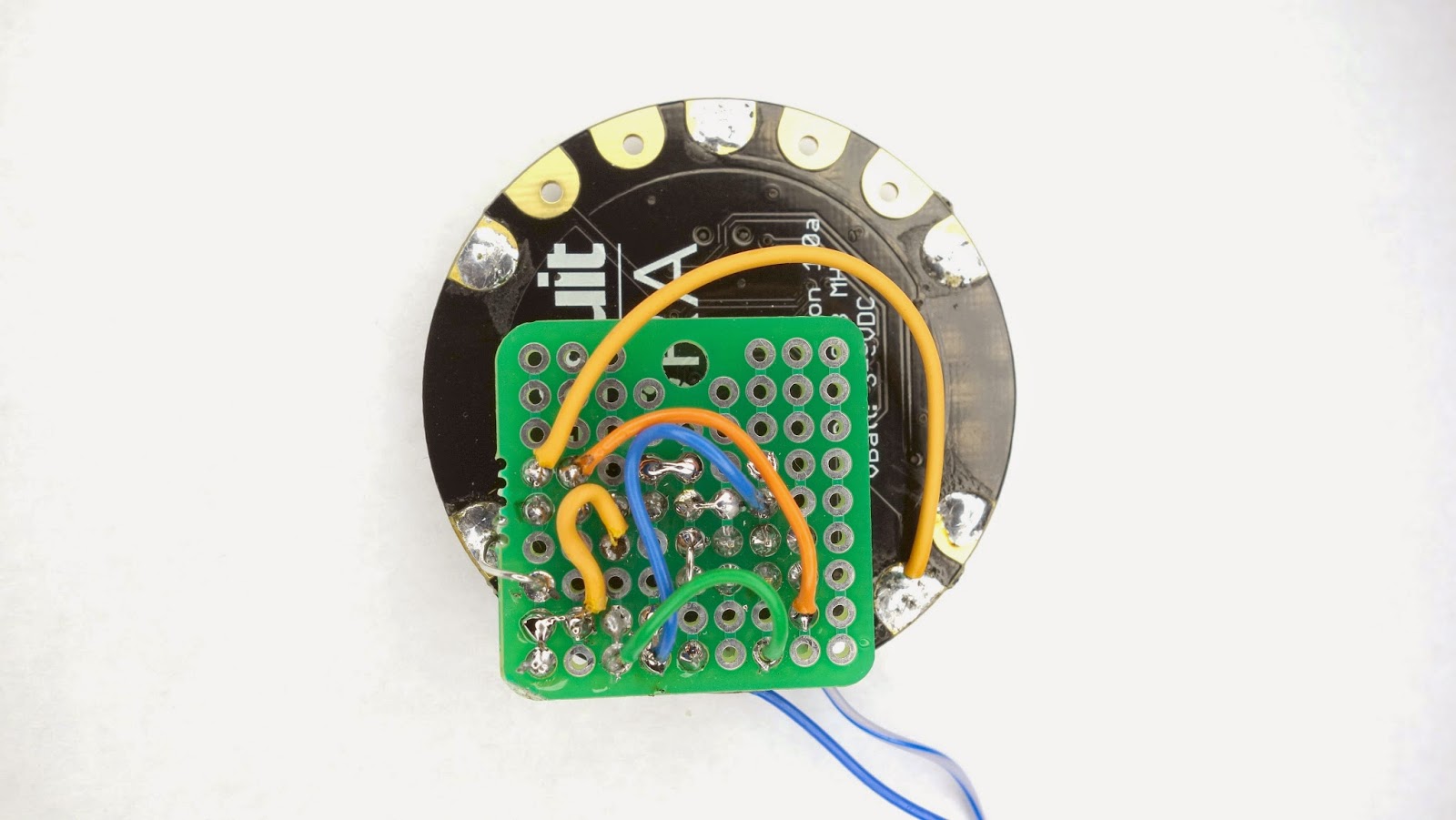 Work in progress Flash memory board soldered to Flora 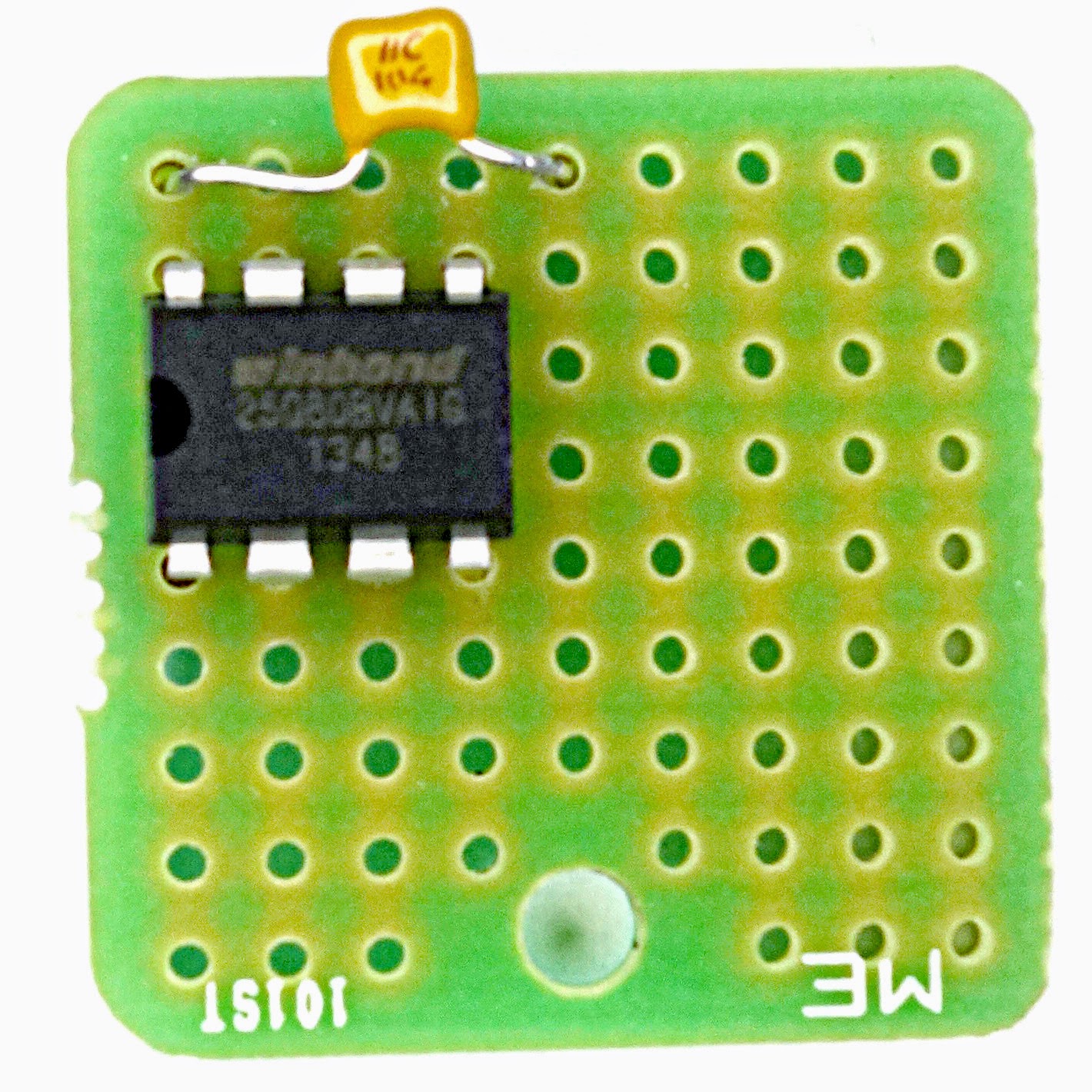 The 1 MByte Flash Memory chip board

I found the Neopixel LEDs to be very bright. In the future I'll use a 3 stop neutral density filter on my camera lens to cut down on the light. This will allow me to go from an overexposed F22 to F11. I like the filter approach because then I don't have to reduce the number of image colors to lower the brightness and can use a image as edited in Photoshop without changing image brightness just for use in the light stick.