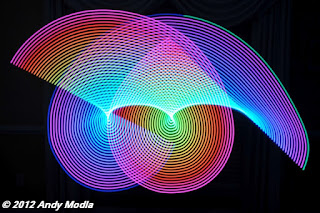 The light stick is 4 ft.  (1.22 meters) long with 64 LEDs that are sequenced to form a picture or pattern when moved in front of a camera set to a long exposure time. Each LED is capable of 256 Red x 256 Green x 256 Blue color combinations. The maximum image size that can be displayed is 128 pixels wide by 64 pixels high. The LEDs are from Adafruit.com 12 mm Diffused Flat Digital RGB LED Pixel Strand. So far I am using it to display 96 x 64  images and create patterns.

The unit has a 2G micro SD memory card that stores Windows BMP image files that are read and displayed. The memory card can also have files that define the image display properties, such as time between showing pixels and repeat modes. There is also a pattern mode to create rainbows and random lights. The unit has a switch to select up to 16 images or patterns. There is also an input PocketWizard trigger port and output flash trigger port.

The controller is the FEZ Panda II, which I bought through the distributor Sparkfun.com. This microcomputer uses an ARM processor and is programmed using Microsoft .NET Micro Framework C# language. The manufacturer, GHI Electronics, provides good documentation. The board has Arduino pin headers which is convenient. I would have used an Arduino board, but most don't have enough memory. Netduino boards were also a possibility, but I liked the FEZ Panda II board's features. I program with Java professionally, so C# was an easy transition. I purchased and experimented with several of the boards I just mentioned before choosing the FEZ.

I'm still improving the software and the hardware is in its third prototype. I added a diffusing sheet over the LEDs to help produce better images. This was done by constructing a light box around the LEDs with the diffusing sheet cover.

Here is second prototype (already cannibalized to create the latest prototype). Note that it has two handles on each end and no light diffusion. 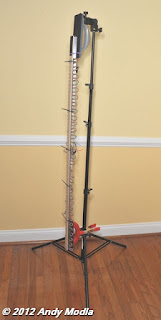 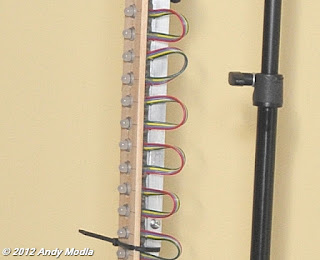 My 3rd prototype has a single middle handle with a hole in its center for a shaft to rotate the stick. The latest prototype weighs 4 lbs. (1.8 Kg) with a light diffusing box enclosing the LEDs.

Here are sample photos using the LED light stick all without the light diffusion enclosure: 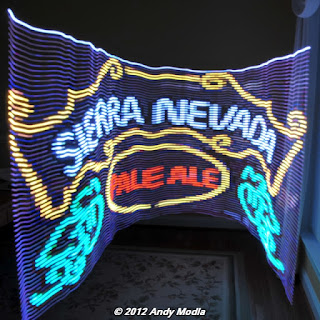 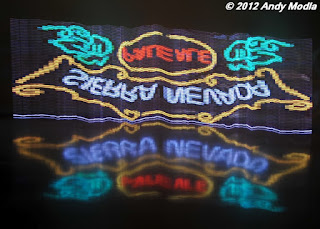 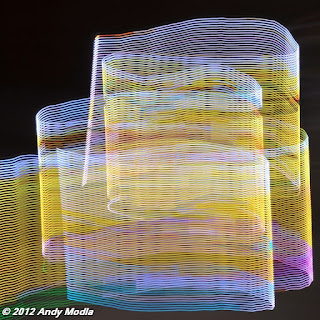 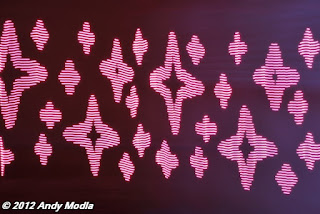 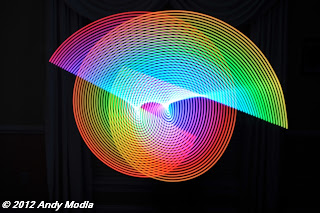 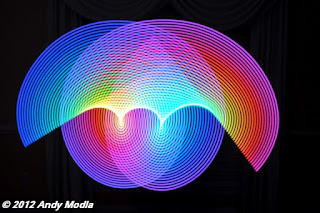 This photo is derived from "The Scream" painting, displayed with the light stick. It is purposely out of focus and was made by panning the camera over a stationary light stick. 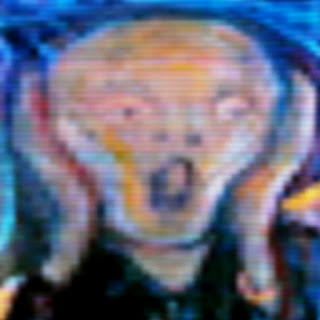 Here "The Scream" is twirled. 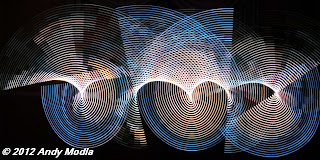